Motiv combines the proven Sigma core and Coercion HFS (high friction solid) Reactive coverstock to make up the unstoppable Rogue Assassin bowling ball. The Motiv Rogue Assassin is a good benchmark ball for control when facing medium oiled lanes. The reaction of this ball is increased friction while maintaining a down lane motion that is controlled.

Eliminate the competition from the shadows!

I will be the first to admit, the Rogue Assassin can be VERY misleading fresh out of the box! The box finish on the Assassin is 3000 Grit LSS but when you open the box, it looks as if it was just hit with 500 to 1000 grit dry standing! The first few shots with this ball did appear like the ball was constantly going to do dead right (or dead left if your right-handed). Once a slight lane shine is established on the Assassin, this one became something special! One of the challenges I face on my league nights is opening-up my angles without sacrificing carry. Many times, I would attempt to play the inside part of the lane and finding the pocket was not the difficult part, it was consistent carry. With a 70X5.5X40 layout on my Rogue Assassin, I found my answer! This layout out allowed me to really open-up my angles from the inside part of the lane with great control and continuation down lane. With only 4 games on the Assassin, I snap off a 300. The type of ball role I saw with this one generates excellent pin action on the lighter/swishing hits but also packed quite the punch on those solid hits! I will say that on those solid hits, there was rarely any pins left on the deck after the ball cleared the deck itself. What makes the Assassin such an awesome benchmark piece is the amount of hitting power and reaction it can offer but has a very controllable/predicable shape down-lane. Some believe that you need to sacrifice aggression for predictability. The Rogue Assassin may quietly say this is not true, but its actions very loudly shouts NO!

The Trident Quest will be a little more smoother.

It will compliment that ball.

is this ball symetrical ?

Yes, this has a symmetric weight block.

A ball that has a smoother reaction will usually mean that the ball starts to read the lanes a little earlier. As a ball reads the lane earlier it will have more of an arc shape down the lane. So the opposite reaction of smooth would be angular. If a ball is angular then it will react very late on the lanes and hooks all at once in a very sharp hook.

For Medium Oil do I choose the Forge or the Rogue? Thanks

The Rogue Assassin is the better ball for medium oil. The Forge is designed for medium to heavier oil so it may be too aggressive by the end of the night if the lanes break down on the lower side of medium oil.

Due to the time it takes to produce the Motiv Rogue Assassin ball it will ship in immediately. We cannot ship this ball outside the United States. 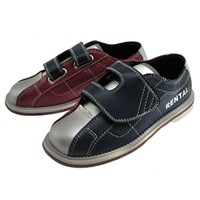 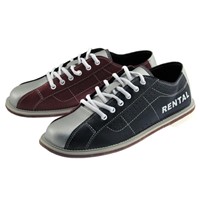