Storm continues to evolve the game of bowling. This time they are doing so with the Storm Gravity Evolve high performance bowling ball. The Gravity Evolve uses the Shape-Lock High Density (HD) core that has been used in previous Gravity balls. This HD core has a lower RG and higher differential which creates more flare potential. The proven SPEC coverstock sticks to the lane creating a heavy roll and is great for controlling the midlane. 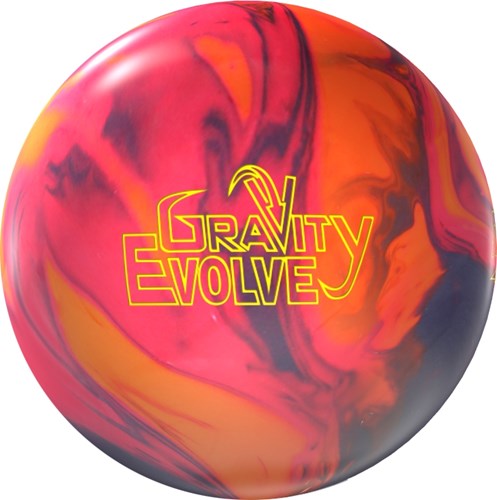 Best ball in my arsenal!

After having custom drilled, I bowled 210 first game! Awesome ball and I highly recommend to everyone for consideration.

Great ball for all types of bowers

The new Storm Gravity Evolve gives me a ton of different angles I can play with all the continuation you could ever want. That big core gets it into a roll early but it never burns up down-lane. It's very strong and would be a great choice for all types of bowlers. Especially on high volume oil patterns. A+

The Gravity Evolve is the most recent Asym. using the legendary ShapeLock HD core. The Virtual Gravity changed the game. This time around, Storm is using the SPEC overstock that is also a game changer.
The Gravity Evolve reaction wise is predictable in the mid lane with a strong smooth reaction off the spot. comparing this ball to the ProMotion, which also has the SPEC cover, I see the Gravity reading the lane a little sooner and providing more control down lane.
The ProMotion is cleaner and more angular off the spot, especially after it gets some lane shine to it.
The Gravity Evolve is going to be at the top of my bag as something that I go to when needed. For me the First ball out of my bag right now is the ProMotion.
Layout on the Gravity Evolve is 60x5x35.
Balls that are getting some looks right now:
Winner Solid- 60x5x35
PhysiX- 60x5x35
ProMotion-60x5x35
CodeX-60x5x70
Idol Pearl-60x5-1/2x35

I would reccomend this ball

Just had this drilled.Used it only one night so far on house shot.This ball hits hard and wiped out the pins.Used to leave a lot of ten pins with my other ball,only left one all night.Great results so far

Great No. 1 ball for the tournament or league bag!

Storm Gravity Evolve
Layout: 4.5 x 4 x1.5 Storm Pin Buffer
Rev Rate: 325 ppm, 7 degree of axis tilt, 40 degree of axis rotation
Testing Information: 42-foot THS (medium volume)
Kegel Machine - Brunswick Anvilane
The Storm Gravity Evolve (SGE) utilizes the Shape-Lock HD Core and SPEC Solid Coverstock. We tested the SGE after league one night when the lanes were not extremely easy due to some carry down on the lane pattern. During league, the SGE gave me a reaction no one else was able to create, including me with my other equipment. The SGE is a strong, early rolling, ball, but with a defined hook motion at the breakpoint. With the SPEC Solid coverstock, I was a little surprised at the backend motion of the SGE due to my previous experiences with the SPEC coverstock on other bowling balls. The SGE (with factory finish) has more backend reaction than the Storm Crux Prime and Storm Pro Motion. I also threw my Roto Grip MVP during testing. I stood in the same place and targeted the same as well. My first shot with the MVP hit the right side of the 3-pin. This comparison illustrated and confirmed the strength of the SGE.
If you know me, I am not one who says every ball is a must have. The SGE is very good and would definitely be a No. 1 in your tournament bag. Personally, I am adding it to my bag in the No. 1 ball slot. Last point, the original Virtual Gravity was not one of my favorites even though it sold record number of units for Storm during its run. I tried four different drill patterns on the Virtual Gravity but no success for me. The lack of success kept me away from the SGE in the beginning but I am very glad I decided to drill one. Don't let previous experience make you a doubter. Storm continues to thrive in combing old cores with new coverstocks and vice versa.
Visit your local Storm VIP Pro Shop!
#Stormnation

Gravity evolve.
110x3x60 layout
Im not a fan of big asymetrical bowling balls for the most part, i dont get to throw them often.
so i tred something a little different with this ball. The spec cover for me is incredibly smooth so with this
layout i made the ball even smoother. So for me im gonna be using this ball on shorter patterns and very cliffed house shots.
Ball motion wise. Digs and very round down lane. Its quite close to a crux prime but just more angle over all.
for me still very smooth.

When will the ball be avalible

This ball has a release date of October 25th.

Yes, this is very similar. It has a solid coverstock to help it read more in the midlane and has a strong arc hook.

How will this compare to Brunswick Nirvana?

This would be very similar to the Nirvana. However, with each year the manufacturers are coming up with newer technology to help get the most out of the bowling balls and so because this ball is newer it will probably have a slightly better coverstock and a little bit more hook.

How similar is this ball Compared to the virtual gravity

This has the same weight block as the Virtual Gravity but the Gravity Evolve has a stronger cover and a duller finish so this ball will grip more in the midlane and have a stronger arcing hook.

Is this ball similar to the sure lock hook wise?

Yes, this has a very similar reaction because they both had a solid cover with a 2000 grit finish so they both read the mid lane strong and work in heavier oil conditions.

Is this a urethane bowling ball

This is a solid reactive coverstock.

Will this ball be stronger than the Roto Grip Halo?

This is going to be very comparable to the Roto Grip Halo actually. There is not really one that will be stronger because they are so close in comparison.

Is this a urethane bowling ball

The cover on this is the reactive resin coverstock.

Unfortunately we are not provided with this information.

Which ball is similar to the Surelock

Yes, they both had the solid cover with a 2000 grit finish out of the box. They are both high performance balls for heavier oil conditions so the reactions will be very similar.

Is this bowl stronger than the storm crux prime

They have the exact same coverstock and finish out of the box so the reactions are almost exactly the same. The only difference is the weight block and the Gravity Evolve weight block is designed to start reading just slightly earlier. That could give it just a little more time to hook giving it the edge on overall hook potential but it is very very similar.

Is this the same core as the virtual gravity

Yes, the Gravity Evolve uses the Shape-Lock High Density (HD) core that has been used in previous Gravity balls.

Since you have a lower rev rate you could play this more down and in if you have a decent ball speed. If your ball speed is slower then it could try to hook a little earlier on you and force you to play a little out and in.

I'm thinking about getting the storm Astro physix is this ball better?

The Storm AstroPhysiX would react later than the Storm Gravity Evolve, but both are great high performance balls!

Will this ball hook as hard then the pitbull barkk

The DV8 Pitbull Bark would have a stronger hook than the Storm Gravity Evolve.

what is the stock pin? i normally order balls with a 2"-3" pin. I've tired several 1" pins and 4" pins. I'm only comfortable with a 2"-3" pin. will this change the ball natural performance? I like playing a small belly on the ball or i can play down and in with speed and still have strong reactions in the back end. i use the sure lock and the sync. I'm throwing the sync more now.

If you do not specify the pin placement you want for the ball when ordering you could get any length pin. There is not a stock pin length that we send if the pin is not requested so it could come 1 inch or 5 inches if you do not request this. If you know you are comfortable with a 2-3 pin placement and you typically get a layout you want when the pin is this length then you will need to make this request. The pin placement does not effect the performance of the ball. It is the drilling layout that effects the performance so you may talk to your driller and see which layout would best match the way you want this ball to perform and they can also suggest where to request the pin in order to get that drilling layout.

is it similar to the gravity shift

This has the same weight block as the Gravity Shift but it has a different cover and finish which will give this a much earlier read on the lanes for a smoother hook reaction.

How does this compare to the Storm Code Black?

This ball will have a duller finish and react more in the midlane to give it a strong arc hook. The Code Black was designed to go longer and have a late backend hook. If you needed something to help grip in really heavy oil the Gravity Evolve would be a better option.

Hiw does it compare to Nuclear cell and Omega Crux

any differences a 210 average stroker will notice between the evolve and the ufo ?

The UFO may go just slightly longer because of the weight block but they are going to be very comparable in almost every other aspect.

Due to the time it takes to produce the Storm Gravity Evolve ball it will ship in immediately. We cannot ship this ball outside the United States. 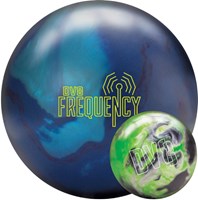 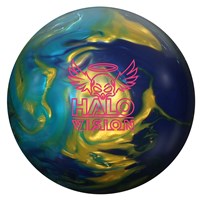