Bowling is a competitive sport that challenges a player to throw a bowling ball down a lane with the intention of knocking down a set of pins. Indoor bowling usually consists of ten pins; however, there are other variations, including nine-pin, candle-pin, duck-pin, and five-pin setups. Bowling has its origins in Ancient Rome, where Roman legionaries tossed stone objects as close as possible to other stone objects. Modern bowling did not emerge until 1895, when the first standardized rules for pin setups became the norm. Today, bowling has become a sensation in more than 90 countries worldwide, with more than 95 million people participating in the sport alone. This comes as no surprise, considering this activity helps to burn calories while having fun. Bowling also promotes a tight-knit community of like-mind enthusiasts looking to share a common bond.

The bowling alley can intimidate anybody who steps into it for the first time. The sound of cheering groups of people may distract first-time bowlers. In fact, the sight of experienced bowlers whirling their balls down the lane may cause them to dart for the exit. Everybody can relate to this fluttering feeling. It makes ordinary people cringe; however, it should not prevent first-time bowlers from having a good time. Bowling is a sport that requires knowing the rules of the game, its terminology, etiquette, and technique in order to develop proficiency at it. It also requires a good attitude.

Prepare to pay for rental fees that cover the cost of the lane, shoes, and bowling ball before arriving at the bowling alley. The first two steps are easy enough, but choosing the bowling ball may throw first-timers for a loop. While this step can get complicated for experienced bowlers, it really involves finding the appropriate ball that fits the middle finger, ring finger, and thumb. In addition, select a bowling ball with a manageable weight. The wrong ball could fall off before hitting the lane, which can cause injury or damage to the lane or nearby equipment. It could also cause imbalance, which could lead to missed strikes, spares, and even gutter balls.

It is time to play. Carry the ball over to the assigned lane to start the game. Remember to keep a calm, cool demeanor and respect those in the bowling alley. Most first-time bowlers notice the large digital screens, seats, and slippery wood floors that lead to a set of cone-shaped pins. The objective of the game involves sending the bowling ball down a long stretch of wood floor, also called a lane, in order to knock down those pins. An ordinary bowling game consists of a ten-pin setup, usually in the shape of a triangle. Beware of the metal gutters on each side of the lane. Every bowler hates those things because they affect score keeping.

Score keeping in bowling requires basic addition to total the number of pins that each player knocks down. Each bowler is given two opportunities to knock down all ten pins. If a bowler knocks down all ten in the first round, then it is counted as a strike. A strike is represented by an "X" in score keeping. If a bowler knocks down all of the remaining pins, then it is counted as a spare. A spare is represented by a "/" in score keeping. Each pin that a bowler knocks down counts as one. If a bowler fails to knock down any pins at all, then it is counted as zero. This includes balls that end up in the gutter. Each of the bowlers repeats this process for ten rounds, or ten frames, while tallying up their points. Bowlers who knock down all ten pins for three consecutive frames earn a "turkey." If a proficient bowler accumulates a longer string of strikes, then he or she has earned a "bagger." A bowler with strikes across all ten frames has bowled a perfect game. As a general rule of thumb, most experienced bowlers use the arrows marked on the lane as a guide for aiming the ball. This helps with gaining strikes and spares to earn the most points. The bowler with the most points wins the game.

Bowling involves more than tossing a ball down a slippery lane. Seasoned bowlers know that choosing the right ball and grip style plays an integral part in the mastery of the sport. Grip style refers to the way a bowler holds a ball. A strong, firm grip allows the bowler to release the ball in a way that will allow it to travel along the lane to its destination. Bowlers mainly choose between two different grip styles, including the conventional and fingertip grip. The conventional grip involves placing the middle and ring finger in the two upper finger holes, and the thumb in the larger hole located right below them. Many beginners stick with the conventional grip since it grants them greater control over the bowling ball. Professional bowlers may opt for the fingertip grip, which grants them greater flexibility to throw a hook. Fingertip grips involve placing the middle and ring finger slightly into the first two holes while leaving the thumb out. Either grip style can lead to a perfect score if the bowler has enough experience and practice using them.

Bowlers who master their grip and stance will find themselves earning strikes and spares. At first, beginners may find it difficult to bowl a strike. Depending on the bowler's experience level, some may even miss their first couple of spares. Novice bowlers can rectify this problem by using the arrow markers in front of the lane. This helps focus the mind in order to aim the ball for proper release. After mastering these techniques, beginners will start to find themselves more alert, and confident enough to earn their strikes. Some may even bowl their first "turkey" or "bagger" with enough practice.

Studying bowling lanes can vastly improve a player's skill level. In short, bowling lanes are the playing field of the sport. Therefore, it only makes sense to understand each lane's specifications, including its dimensions, gutter size, and oil pattern. Bowling lanes are constructed from maple wood or laminated surfaces. A typical bowling lane may reach 63 feet in length and 42 inches wide. The lane's surface may have range fingers, or target arrows, that allow the bowler to aim for the pin he or she would like to knock down first. The majority of lanes also have a foul line to keep bowlers from walking too far into the lane. On each side of the lane lies a 9-inch wide gutter which may have a flat or rounded design. The lanes may also have different oil patterns, such as house, chameleon, scorpion, shark, viper, and cheetah. Each oil pattern challenges the bowler to earn their pinpoint accuracy, which can only come with proper stance adjustment. Identifying and knowing these parts of the lane can make the next game run smoothly.

Bowling has proven to be a safe sport that everyone can enjoy. Many people overlook its extensive history, which is jam-packed full of interesting and intriguing facts. Aside from the seriousness of the game, many people believe that bowling provides exciting opportunities to unwind and have a good time. In fact, bowling can prove rewarding for those who love the sport. In 2011, roughly 70 million people bowled at least once, which is a testament of America's involvement in the sport. Bowling also gained in popularity among the Japanese and the rest of the world. 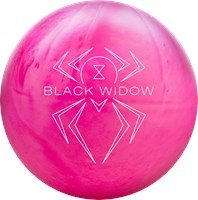 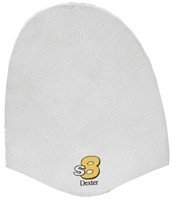